Imagine living with someone that you’ve thought to be your father all your life only to find one day that he’s actually your kidnapper!

In this intriguing drama, Katie Johnson (Maggie Elizabeth Jones, We Bought a Zoo) is a nine year old girl who has spent her life travelling in an RV with her (supposed) father John Johnson (Tom Hildreth, Islander). They make a great team. John has taught Katie everything she knows, including how to survive in the wild, and Katie knows how to calm down John’s anger outbursts and nightmares. Spending only short spans of time in each town, John has successfully managed to keep his true identity from her over the years—moving them on before anything can be suspected by the locals.

It is not until the RV breaks down in a small town that Katie notices a missing person’s poster with her photo on it. The girl in the photo is much younger and carries the name Natalie, but the similarities are uncanny and the matching birthmark under her ear is what convinces Katie that something’s not right. A restaurant worker who has befriended Katie also notices the similarities and removes the poster with an interest to know more.

Meanwhile in a little town called Millinocket, a young woman and her parents continue to struggle with the loss of their baby daughter/granddaughter years earlier. Dana Edwards (Emma Myles, Orange is the New Black) is obviously still dealing with the grief of losing of her daughter. As she tries putting her life back together, her faith in God sustains her and her involvement in the church is a good distraction from her painful past. But as new information comes to light, Dana begins reliving a part of her life she thought had been left behind.

Her father, Chief Edwards (Ted Levine, Shutter Island) is the town sheriff and this is one case he is not willing to let grow cold. As he continues to search for Natalie, new leads appear and he is hot on the trail again. When Dana’s missing vehicle is found in the local lake, Edwards fears the worst, but with no body discovered, there is a spark of hope that maybe their little girl may still be alive. He tries to keep as much of his findings from Dana as possible so as not to give her false hope. However, the clues that present themselves are not as straight forward as expected and Chief Edwards is presented with a decision that could potentially rip the family apart.

The mystery within this story is intriguing and you may even find yourself feeling sorry for the kidnapper and thinking, “there must be more to this.” And there is—but it’s probably not what you think.

Maggie Elizabeth Jones is outstanding in her role as Katie Johnson presenting a moving and convincing portrayal of her character—well deserving of her award for best actress at the 2015 Emerge Film Festival.
Be sure to put this on your watch-list and remember—just when you think you’ve solved it, there may just be another twist! 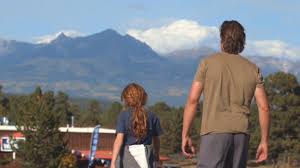